Tyr is a medium robot with 2 medium and 2 light hardpoints.

The Tyr is one of the four robots in the Ragnarok Squad, the others being the Fafnir, Fenrir and Loki. The Tyr has two modes: Support Mode and Assault Mode. Upon activation of the Support Mode the Tyr sends out a single repair impulse (akin to the Mender) that instantly repairs itself and all ally robots within 75 meters a fixed amount (based on the Tyr's level) of durability. While in Support Mode the Tyr deploys a repair aura (akin to the Weyland) allowing it to heal both itself and allies (within 75 meters) slowly over time, while also granting this robot a speed boost of +15 kph). However, its light weapons are disabled and fold back (cannot be fired).

In Assault Mode the Tyr deploys a physical shield allowing it to block projectiles and activates its light weapons but loses the speed boost and the ability to repair. When switching back to Support Mode it retracts its physical shield.

Since Tyr has the ability to heal itself and allies it is recommended to stay close to teammates. Overall, the Tyr is capable of filling multiple roles but it best used as a close range support bot or brawler to make full use use of its physical shield, firepower, and repairing capabilities to both heal itself and allies. With 2x medium and 2x light hardpoints the Tyr can also do well for mid-range support and skirmishing.

A good strategy that should be employed is to serve as the leader of a mobile strike team, ideally consisting of other robots that will provide useful to the team, such as Hades or Blitz. When in combat, the player should activate Assault Mode to utilize the physical shield in order to protect the hull of the Tyr, not to mention the extra firepower. Once the skirmish is over, however, Tyr should return to Support Mode to heal itself and the other members of the strike team.

A very easy way to maximize healing power is to constantly toggle the ability change, as the explosive repair pulse created while changing into Support Mode can heal the Tyr itself as well. While it generally means your Tyr is slower if moving (due to the time spent in Assault Mode), you get an extremely easy way to spam healing which is much better than slowly waiting for the repair aura to heal you and your allies up.

It should also be noted that even though the shield is made up of two separate parts that share the same durability pool. This means if one part of the shield takes damage the other part does as well. The Limited Edition "Ancient" Tyr is further enhanced by a +10% Armor boost.

Some effective setups for the Tyr are:

Recommended equipment includes; 2x Scourge/2x Spark, 2x Corona/2x Halo, and possibly 2x Shredder/2x Pulsar or Marquess. These weapons allow it to lock-down enemies from a distance or provide decent damage, with the Scourge/Spark load-out allowing it to brawl up close without sacrificing range. 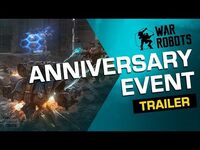 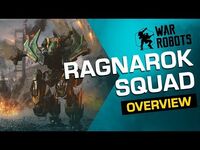