A Titan Module is an equipable item that arrived in version 5.7.

Titan modules are unique in the fact that they come in three different varieties, which are mixed up depending on the Titan they are mounted on. There are three different kinds of them-Assault, Defence and Universal.

There are currently 6 passive Titan modules, each marked with either Assault or Defense, and in some cases Universal:

Two of the Passive Modules (Titan Armor Kit and Singular Reactor) are freely available to all pilots once they acquire a Titan. The other two modules, Plated Armor Kit and Antimatter Reactor, are purchasable via the store with Platinum.

The Modules give your Titan a permanent stat bonus, and Titans have 4 slots dedicated toward either armor, firepower, or universal. The type of slots vary per Titan.

Titan modules can be upgraded with Platinum up to a maximum level of 20. 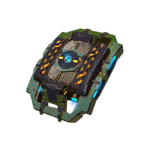 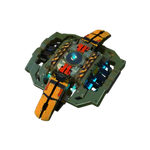 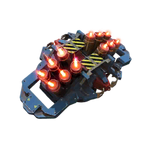 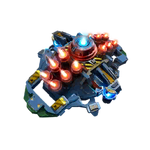 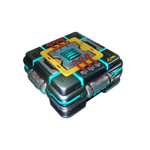 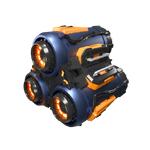 Retrieved from "https://warrobots.fandom.com/wiki/Titan_Modules?oldid=333564"
Community content is available under CC-BY-SA unless otherwise noted.