View source
watch 02:52
Roblox: DeepWoken - The Loop
Do you like this video?
Play Sound

A Titan is a special type of Robot that was introduced in Version 5.6. There are multiple differences between Titans and normal robots, some of them being:

* Next to a Max Speed value (speed can be higher or lower than number listed, with ability use):

Once a user reaches Level 21 As of 2021, they will receive their first Titan. A Kid will appear in their hangar, in the Titan slot behind their main robots. All subsequent Titan purchases have to be made using Platinum, which can be obtained through daily tasks, operation tasks, black market, or winning battles as of the 2020 Halloween event in version 6.6.0.

A Titan cannot be deployed to the battlefield until the Titan Meter is filled up.

This progress bar can be filled by doing damage, killstreaks, healing yourself or teammates and capturing or liberating beacons. Once it is full, it will glow green and the user gets the option to destroy their current robot and spawn their Titan into the game, or they can wait as long as they want. Spawning a Titan is completely optional, although it is a big tactical advantage that is generally better to spawn later on in the game to avoid a titan mismatch. 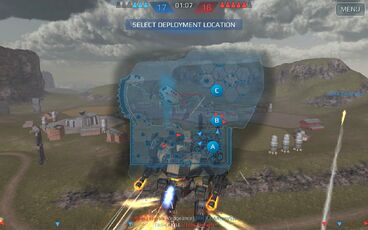 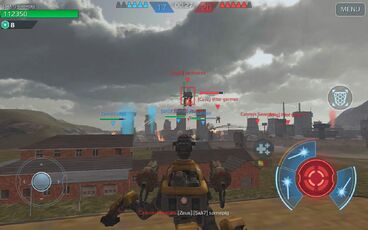