In War Robots, not every piece of armament is a damage-dealing weapon. Currently, there are two pieces of equipment used to protect your robot from incoming fire: the Ecu (physical shield) and the Ancile (energy shield). There is also the built-in energy shields exclusive to the Carnage and Haechi, and Fūjin, as well as built-in Aegis-class shields, capable of blocking all weapon damage types, Reflector Shields, which partially deflect any damage done to the owner and reflect a small percentage of it back at the attacker, ignoring any defense mechanisms in the process (excluding Ravana's ability, Phase Shift and Last Stand) and Absorber Shields, with infinite durability. The Aegis shield is featured on Bulwark, Blitz, Cerberus, Fenrir, Jaeger and Typhon, the Reflector Shield is featured on the Hawk and Minos while the Absorber Shield is featured in the Nemesis, Hades and Ares.

The Raijin and the Rhino's built-in physical shields are deployed when used in Bastion mode, and Assault mode respectively. The Gareth and the Galahad have built-in shields that can be mounted on the left or switched to the front, slowing the robots down but allowing to fire while being covered. The Lancelot has a 3-piece built in frontal shield, and the Bulgasari has a side-mounted shield. All physical shields have a hit point value that, once depleted, will destroy the shield whether as an armament piece or built into a robot. The Bulwark along with its Aegis shield also has a built in physical shield, that deploys only when its Aegis shield is deactivated.

The Ember, Igniter and Blaze are the only weapons that can bypass both physical and energy shields simultaneously. However, they cannot ignore the Reflector shields, Aegis-class barriers or Absorber Shields. 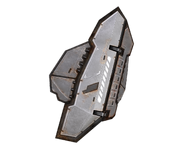 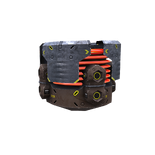 The Ecu Shield is a physical shield mounted on a light or medium armament hard-point on a robot. It protects the robot from every type of damage except area damage (splash), feature on rocket based weaponry and the Ember.

The Ancile Shield is an energy shield that surrounds the robot in a 360º sphere. The Ancile protects the robot from all damage types except energy based weapons. The Ancile is a heavy hardpoint armament so it can only be mounted on certain robots with a heavy armament slot. Unlike the Ecu shield, the Ancile can regenerate over time with a rate of 3% of HP per second and reactivate when it has 20% health remaining. If an enemy bot manages to close in to less than 30 meters of a robot with an Ancile, his/her shots would pass through and hit the robot no matter what type of weapon it is.

These physical shields require the robot to deploy (activate) them with their ability. 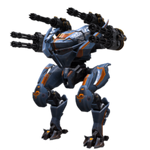 These bots must use their ability to activate their shields. Otherwise, the shield is classified as ‘inactive’, and will not protect you from enemy fire, even though some of them, like Raijin, have their shields clearly visible. These shields specialize in protecting you in skirmishes (not to be confused with the game mode Skirmish) and often have more health then passive physical shields, so when you get in a good spot and conditions are right, these will make you nearly unstoppable.

Natural physical shields are a passive part of these robots (no deployment [activation] required). However, in the case of the Gareth, Galahad and the Arthur they can be moved (with ability) to protect the front of the hull. 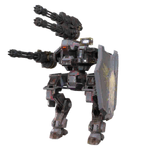 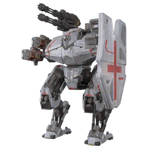 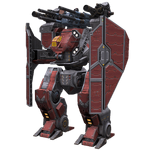 These bots can utilize their physical shields without having to activate their abilities, however as previously mentioned Galahad and Gareth can use their abilities to move their shields in front of their hulls. These physical shields often have less health than ability-based shields because they are active at all times, so use them as temporary guards when, say, you’re trying to flank or capture a Beacon. However, Bulgasari’s side-mounted shield absorbs considerably more damage then all of the other natural shields, and exceeds the health of all other physical shields other than Rhino’s one. Bulgasari’s shield is almost designed as protection while in the open, as it will protect you for a long time at the cost of not being able to fire, however lock-on weapons such as Ion can usually counter this. Arthur twin shields are the most powerful physical shields in the game, and can absorb a serious amount of damage. However Arhur's shields can be bypassed by shooting over the shield.

To see a more in-depth version of this text, see this page.

Standard energy shields are just like mountable Ancile shields, they are blue in color and can only block non-energy projectiles. However they can regenerate, span over a distance so they can protect allies (this can be a blessing or a curse, as shotguns such as Thunder will catch all of their projectiles, dealing severe damage to the barrier) and they will deactivate when depleted and only re-activate when its durability has regenerated to a certain point. Energy shields are often weak, however, like mentioned above, they can regenerate and protect allies to so utilize them to full efficiency. Instead of brawling like Aegis or Physical shields, energy barriers are suited for place-to-place moving in the open, however the amount of hits the Fujin’s shield can take makes it a beacon guarder. Energy shields are also great in one-on-one skirmishes, so you can take on more durable opponents as long as they have kinetic or rocket weapons.

Aegis class energy shields are yellow in color and can block all weapon damage types (only radial explosions can bypass this shield type). They too, like energy barriers, can regenerate (with the exception of Blitz). They also have low hitpoints to compensate for their ability to block all weapon damage and their ability to regenerate, however in some way this is countered on each of the Aegis barrier robots. 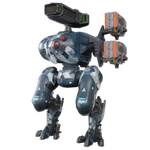 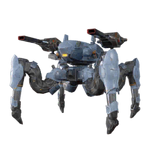 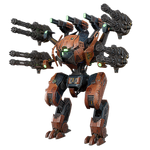 Typhon
Aegis barriers are exceptional at brawling, protecting allies from all weapons, which means that as allies bunch up to be shielded by your Aegis, you can take advantage and use them as protection from enemy fire and extra firepower. Aegis shields tend to attract lots of attention from your enemies as well as your teammates, so you should try and keep the allies shielding within the Aegis as 'singular' as possible.

Reflector Shields are semi-transparent whitish mirror-like shields that enclose the user within a shield consisting of many different translucent polygons. Any damage that passes through a Reflector Shield will be reduced by a fixed percentage, ignoring whenever the weapon that dealt the damage has Defense Mitigation or not. After the damage has been reduced, a fixed percentage of it will be deflected back at whoever dealt it, ignoring any Damage Resistance or shields in the process, including other Reflector shields. 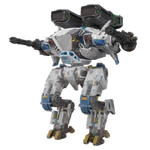 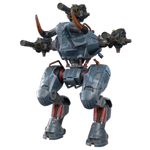 Reflector Shields are very vertasile and can be used for pretty much anything due to their simple-but-effective nature. However, there is one catch about them-despite the Reflector appearing to look like an energy shield, it actually only reflects damage if it hits your hull, which means you cannot protect allies with it.

Shields that can absorb the damage of enemy weapon projectiles to power-up built-in weaponry, they are pink in color and can negate all weapon damage types (only radial explosions can bypass this shield type). Robots with Absorber shields do not need to worry about their survivability, as Absorber shields have unlimited health and are impenetrable for all weapons. However, robot non-projectile abilities like  Hellburner's Overload, the Mercury's Helldive, the Kid's Stove, and the Arthur's Blast Wave can bypass them. 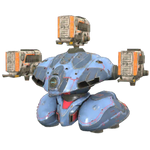 Absorber shields can be played as anything you like, and try to become the center of attention with cover at hand. So far, all robots wielding these shields have built-in weapons, or in Demeter's case, a built-in healing system. The Absorber shields will channel damage it has taken to the robot’s built-in features, so as you pummel enemies or repair allies with them, you might need to find cover as the robots with Absorber shields not that durable. Absorber shields are your main defence while using these bots, so be careful and only advance when Absorber is active. 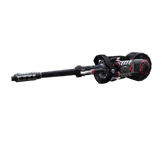 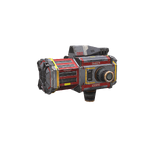 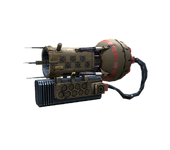 Energy
Retrieved from "https://warrobots.fandom.com/wiki/Shield?oldid=341735"
Community content is available under CC-BY-SA unless otherwise noted.