The Schutze is a light robot with a single heavy hardpoint.

Note: It is currently unavailable for purchase via the store, along with the Golem and Boa.

The Schutze works as a mobile sniper or mid-range support in the lower leagues due to its high speed which allows the bot to quickly get in position to fire. While reloading the Schutze can easily move back to cover to avoid enemy fire.

In the lower leagues Schutze can do limited close-range engagements. A Schutze with a Thunder can deal high burst DPS then use its speed to escape. If repeated, the enemy can take severe damage while you take minimum damage yourself.

These setups are recommended for the Schutze:

A Thunder can be used to wreak havoc at close range by closing down enemies with its speed. This setup can injure a heavy robot if the pilot sneaks up on them, and uses its speed to hit and run.

To use its speed to change sniping positions quickly a Nashorn can be used, as it is an inexpensive weapon. A Kang Dae can also be mounted as it does more damage per shot, and a shorter reload, at the cost of some range (800 meters compared to 1,100 meters), however by time this weapon becomes affordable there will be better options to place it on. 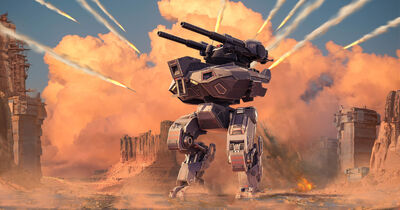 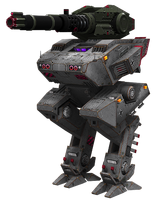 Schutze armed with a Grom as seen in a 2021 skirmish