The Nemesis is a medium robot with 2 medium hardpoints.

Nemesis' ability is named Retribution and upon activation deploys an impenetrable Absorption shield (blocks all damage types with the exception of the Mercury's Helldive, the Hellburner's Overload, the Arthur's Blast Wave, and the Kid's Stove) and deploys 3 built-in rocket launchers. During the first half of the 4-second duration, Nemesis' shield absorbs damage to increase its built-in weapons' damage output by 50% of the damage the shield takes (for example, 1,000 damage absorbed will increase the Retribution damage by 500). The maximum Retribution damage capacity is 100% (double) of the weapons' base damage output, allowing it to inflict a high Damage Per Second (DPS) burst. While the ability is active Nemesis's movement speed is decreased by 20%.

The Nemesis is the slowest out of all three Pantheon bots (Ares, Hades and itself), but to compensate has the most durability. Although the mech has an impenetrable shield and is capable of powerful DPS bursts the bot has several drawbacks: It only possesses moderate hitpoints (HP) and cannot move very quickly. To compensate, Nemesis' ability recharges the quickest among the three Pantheon bots making it difficult for an enemy to close in and attack the Nemesis during ability cool down. Since its rockets have a maximum range of 500 meters Nemesis is best used as a mid-range support bot. This also means weapons such as the Scorcher pair well with the built-in rockets.

Other popular combos include shotguns and rockets to match the Nemesis' high DPS burst, but require Nemesis to engage in close-in combat. It is highly risky to pilot a Nemesis against for example the teleporting sonic Scorpion or the evasive Ravana because these two robots completely counter the strength of Nemesis' recurring Absorber shield and overpower it with superior resistance and firepower. Thus, it is recommended to run weapons that deter enemy advancement such as Scorcher, Pulsar, or Skadi.

Bots with energy shielding are good counters to Nemesis to help absorb the Nemesis' built-in rockets splash damage. It's recommended to take advantage of cover and Nemesis' slow speed to close in and attack in between ability cool down periods. However, at the same time, you must be quick or have abilities that allow you to traverse distance quickly (Phantom, Ravana and Haechi), as the tiny eight second cooldown will not allow severe damage to be taken to the Nemesis.

These setups are recommended for the Nemesis:

Due to its mediocre firepower of 2 medium weapons, it is not recommended to use long range weapons or weapons such as Weber and Shocktrain, as these weapons are best used in groups of 3 or more.

However, utility weapons can be effectively mixed with standard weaponry, for example the Corona (a root weapon) could be used on one medium slot, and a Storm on another. This is because weapons such as the Corona give up firepower for the utility of locking down enemies.

The Nemesis' built-in weapon system fires 20 explosive rockets (that deal splash damage in a 20-meter radius) in 2 seconds, with a maximum range of 500 meters.

The damage in the below table can increased up to 100% (dependent on damage absorbed, see ability for details). 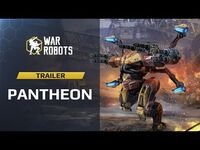 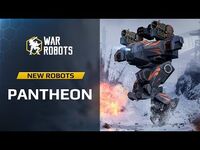