“…A mobile robot created for sudden attacks. Its average durability is outweighed by its ability: Mercury suppresses enemy targeting systems, rockets up into the air, and drops on enemies like a meteor…” – in-game description

The Mercury is a medium robot with 1 heavy and 2 light hardpoints.

The Mercury's unique ability is a hybrid of the Descend and Overload known as Helldive, however, unlike Overload the ability does not damage the Mercury. Upon activation the robot will trigger stealth and jump into the air, similar to the Inquisitor. After 1 second the pilot can terminate the jump and immediately crash down into the ground by pressing the ability button again. After landing the Mercury's stealth lasts 5 more seconds then enters an 18-second cooldown phase.

Upon landing the Mercury deals a fixed amount of damage (see table) depending on the level of the robot. The damage radius is 50 meters and hits all enemy robots and shields equally.

Since the damage done by Helldive passes through shields the Mercury is an effective counter to the Greek Pantheon robots, as Helldive can damage through the Retribution shield. Note: the damage inflicted by the Helldive is counted toward the Pantheon bots' shield in terms of Retribution damage enhancement.

Due to its ability, Mercury is best used for close-in engagement, jumping into groups of robots or ambushing a particular target.  The key to using a Mercury efficiently is to not waste the Helldive.  Timing is very important, so you land to maximize the damage inflicted and to finish off bots while in stealth.  One tactic is to use Lock Down Ammo (module) or weapons with lock-down ability to ensure you will hit your target during a Helldive jump.

As an ambusher, it's important to stalk the target from cover moving in as close as possible, ideally under 200 meters when activating the ability.  By jumping from cover it prevents the enemy from knowing it is a Mercury, and if caught off guard the enemy has less time to react.  Since the Helldive also takes health points (HP) off of shields, the Mercury is effective against almost all bots.

Mercury has average firepower and health, but makes up for it with its ability.  With the high damage dealt by Helldive the Mercury is a powerful bot in Mid-Leagues, and competitive in High-Leagues.

These are the recommended setups for the Mercury:

The Mercury is geared for close range combat to maximize the use of its ability. Using weapons with high burst Damage Per Second is recommended. Gust/Thunder is a low cost build, or use Pinata / Exodus. Blaze/Ember or Magnum/Redeemer is good for more sustained DPS.

Mercury can also effectively use the Lock-Down weapons (Glory/Halo or Glory/Shredder) to root the enemy in their place, thus preventing them from using evasive maneuvers against the Mercury's Helldive. Another ideal set of weapons is the Glacier/Rime combo, extremely similar to Pinata/Exodus except it also grants the added benifit of Freezing, which not only slows the enemy down for the Helldive, but also forces them to take more damage from it. 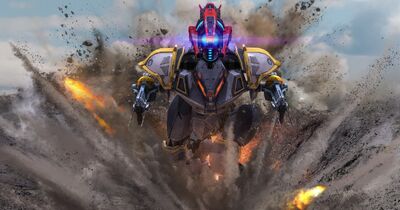 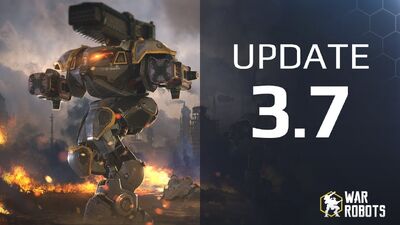 3.7 update post with a Mercury on it
Add a photo to this gallery

Retrieved from "https://warrobots.fandom.com/wiki/Mercury?oldid=342903"
Community content is available under CC-BY-SA unless otherwise noted.