The Leo is a heavy robot with 1 heavy and 3 light hardpoints.

The Leo has slow ground speed but strong firepower with 1 heavy and 3 light hardpoints, and the third-highest durability in the game (only the Raijin and Invader have more). The combination of high firepower and high durability make the Leo a formidable bot in the lower-leagues and potentially in the mid-leagues. In higher leagues the Leo is less commonly run due to its lack of mobility and limited passive module slots.

Leo is good for brawling, area defense, and for holding beacons. In the lower leagues Leos are good for defending center beacon, especially on maps such as Yamantau and Dreadnought. Since it has one heavy and three light weapons Leo can also be used for mid-range and long-range support. When transitioning into the higher leagues, it is usually outclassed by other robots, but with highly upgraded Pilot skills, Module and a specialised Drone, the Leo can remain competitive even in Champion's League with its sheer durability and powerful loadout.

There aren't many module choices for the Leo, with only one passive module slot, and since the Leo is scrapped for better robots later on the commander can usually only afford Nuclear Reactor and Armor Kit when they have a Leo in their hangar. Nuclear Reactor should be chosen if the commander wishes to slightly increase their firepower and Armor Kit if they wish to remain in the battlefield for a slightly longer time. However, if the commander wishes to run the Leo in higher leagues, Balanced Unit is usually the best choice due to its combination of firepower and durability. For specialised purposes though, Overdrive Unit and Heavy Armor Kit are usually the best choices due to their significant increases in firepower and durability respectively. Thermonuclear Reactor is not advised over the Overdrive Unit as since the Leo is so durable, it can still remain in the game for a huge amount of time even when the Overdrive Threshold is reached.

Overall, Leo is a solid robot with excellent versatility. It is less specialized than other heavy robots, lacking the Fury, Butch, and Natasha’s firepower when compared with sniping and falling short of the Lancelot in head on brawling due to its durable physical plating and Rush abiliy, but the Leo is one of the very few robots that can be configured for literally any combat range, has very high durability and can remain a significant threat on the battlefield long into the game.

These are effective setups for the Leo:

Leo can fill several different roles due to its hardpoint configuration and large health pool. If used for close-range an Avenger or Thunder, with 3 Gusts can allow for immense sustained burst damage, with the added ability to quickly deplete energy shields. Using an Ember can bypass shields entirely (the exceptions being the Aegis-class energy shield and Absorbers), and when paired with Magnums can pressure robots with energy shields, or Pinatas to help deal with physical shields. Using an Ancile ("Pothead Warrior") is commonly seen on close-range setups.

As a mid-range support unit, using a Dragoon or Zeus, with 3 Sparks or Gekkos can work very effectively. Sparks can work effectively for both close and mid-range setups, and using Gekkos allows for more range. Using a Trident with 3 Pins, while not as damaging as other mid-range setups, allows the Leo to pressure robots such as the Bulgasari and Lancelot from a distance.

Lastly, as a long-range sniper, using a Flux with 3 Gekkos can allow for sustained damage up to 1,100 meters away. With its large amount of health, the Leo can often outlast many other snipers. A Trebuchet can be used as well, however, the differing firing mechanics of the Gekko counteracts the Trebuchet. 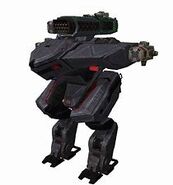 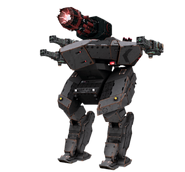 Design prior to version 4.1 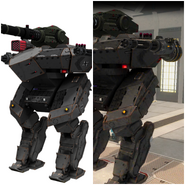 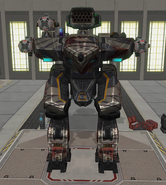 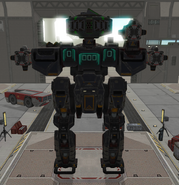 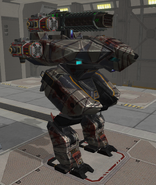 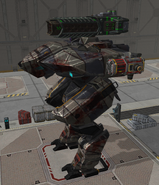 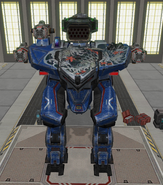 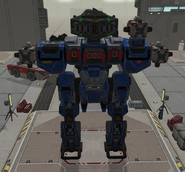 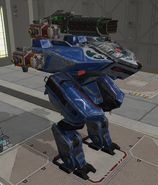 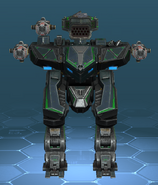 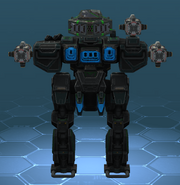 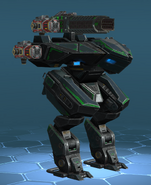