The Jesse is a light robot with 4 light hardpoints, but can only use two at a time.

The Jesse is a rather versatile Tier 1 robot. Its Quick Draw ability allows it to change between one set of light weapons to another, which facilitates performance in both brawling, mid-range firefighting and sniper exchanges. In addition, its speed allows it to capture beacons effectively as well as conducting hit-and-run manoeuvres.

The Jesse is quite a moderate brawler, but can perform well in its Tier-its speed allows it to circle the enemy and get farther or closer to the battle quickly, but its low HP means that it cannot sustain that many hits. However, what makes the Jesse stand out amongst the crowd in skirmishing is its Quick Draw ability-using it allows it to change between one set of weapons to another, mitigating reload times shorter than 10 seconds and conceivably gaining an infinite amount of ammo if it chooses weapons with 10< second unloads and >10 second reloads. However, for weapons that have less than a 10 second unload, the Jesse still gains twice the ammo capacity using its Quick Draw ability. Regardless, facehugging and circling the enemy while brawling is essential for the robot, in order to throw off the enemy's targeting and increasing its survival time.

In mid-range firefights as well as sniping one of the Jesse's main weaknesses-its low HP-is mitigated by the fact that it does not need to get into the thick of battle. Like in brawling, using the Quick Draw ability to gain infinite ammo/double ammo is extremely useful, as it allows the Jesse to continue grinding away at an enemy's health before being forced to reload. Make sure cover is at hand while doing this in case an enemy trains their weapons on you.

For hit-and-run playstyles the Jesse should ideally mount burst-damage weapons-this suits the Jesse's playstyle very well as its low health is mitigated by a minimal time spent out in the open. In addition, its fast speed allows it to get to and fro cover very quickly, while its Quick Draw ability allows it to gain double the damage that two light weapons would do.

The Jesse can also make a rather average beacon runner, but ideally should go for side beacons and not the main one(s). Mid-ranged weapons are advised if this playstyle is taken up, but be careful that no enemies will spawn on the beacon if the mode is Beacon Rush.

Counterplay: While the Jesse at first glance may look intimidating due to its doubled/infinite ammo, many commanders fail to realise that it can only have one set of them active at a time. This means that in engagements lasting less than 10 seconds the Jesse technically only has the firepower of 2 light weapons (unless it uses burst-damage weapons), making it one of the weakest robots in the game, therefore weapons with a short unload time can be very proficient in taking down the Jesse. In addition, the Jesse is relatively squishy, meaning that burst damage weapons can take it down in just one clip provided there's enough of them.

Threat Measure: The Jesse is a moderate threat as a Tier 1 robot. Its decent groundspeed and high firepower if used correctly make it a great all-round robot, falling short only in terms of health. As its Tiered-up upgrades do not outperform it significantly, the Jesse can be used in Tier 2 battles in the hands of a cautious commander.

Downgrades: Destrier
The Jesse has more speed, slightly more health and double the firepower (however half of it is holstered) of the Destrier, outclassing it in every way.

Upgrades: Gl. Patton
The Gl. Patton outclasses the Jesse in almost every way, having 4 light weapons active all the time and significantly more health in exchange for less speed.

Tiered-up upgrades: Doc, Butch
The Doc and Butch could be considered alternatives to Jesse in a way, but are generally regarded as better. Both the Doc and the Butch have more firepower in addition to more health than the Jesse, but fall short in speed and Quick Draw reload time.

These setups are recommended for the Jesse:

Jesse can be used as a "gunslinger" by equipping four Punishers and utilzing the Quickdraw ability to sustain a constant barrage of bullets (the Punisher reloads during the ability's 10 second cooldown).

Mounting quad Pins or Pinatas allow for each weapon's salvo to essentially last twice as long, however it has to expose itself longer to unload the two salvos.

Equipping Pinatas with Magnums will make good use of its ability, allowing it to exploit reload times, protect itself and beacons, and giving the unit both energy and splash damage, allowing it to deal damage to a robot with one of the two types of shielding (physical or energy).

Mounting 4 Aphids works very effectively as the weapon's reload time is similar to the ability's cooldown. 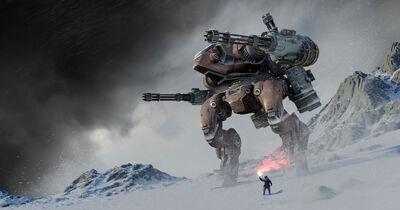 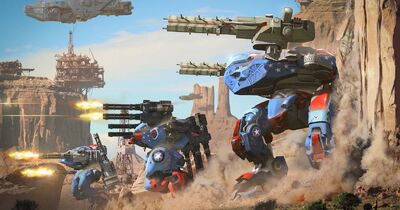