A Dropship is a large spaceship that carries robots and even titans into each battlefield. Because there are 6 players on each team, it is logical to assume that there are two dropships, one for each side, and that they have a carrying capacity of up to 30 regular robots and 6 titans.

Dropships also bridge the gap between how robots in a player's hanger gets to the battlefield.

While they are visible in concept artwork and some trailers, they are never seen during gameplay. Instead of players just being deployed from a dropship, they spawn in a few feet above the ground.

As players expend robots, new ones drop in the same manner, which would also support that the dropship doesn't leave right away after dropping off robots, instead it would hover or stay at the usual spawn area.

A potential reason why dropships aren't seen during gameplay is because Pixonic has not explored the concept of having a dropship or there is no reason for it during gameplay. It could also be that the dropship in the concept art is "too large" to fit in some maps due to its size.

Another potential reason would be that players using specific robots can take advantage of the dropship being a floating platform, if it was setup that way. While it could potentially inspire different tactics to be used, most players using robots capable of jumping or flight and are using medium to long range weaponry would just stay on top of the dropship if they are able to. Especially in team death match.

A theory for why drop ships aren't seen during gameplay and why robots are dropped from a few feet above ground, is that they are dispatched via an aerial insertion. In which drop ships would hover over the battlefield and air drop each robot from very high altitudes onto the battlefield. A small discrepancy is that air dropping anything would take some time for it to land, while upon choosing a robot from a hanger, they are dropped almost instantly. However, if you include the lag or delay between picking a robot and it spawning it, then the theory would hold.

Implementations in the 7.3 Update

In the 7.3 Update, the concept of large spaceships called "Motherships" was introduced. According to Pixonic, these motherships are the ships that house your hanger and are indirectly responsible for deployment into the battlefield. They also provide fire support, including providing offensive bombardment from orbit, as well as deploying aegis shields and repairing teammates on the battlefield. However, it is still unknown how they deploy robots onto the battlefield.

On the technical side of War Robots, all motherships are around the height of a titan, and are at least 3 times as long on a default scale of 1.00. Despite the illusion of the motherships appearing larger when viewing them in-game. There is also no visible indication of weapons on the Dreadnought and Mantis, with the exception of Monarch (with only a few low poly turrets visible).

Currently, there are 3 different "Motherships" which are listed below along with their in-game description: 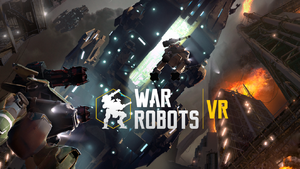 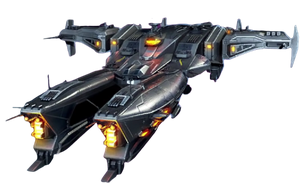