The Ao Guang is a medium robot with 3 Medium hardpoints.

When Dragon Fangs is activated, the robot rises into the air and gains a 40% speed boost (63 km/h at max speed), 80% damage resistance from all weapon types for the duration of the flight, and can damage enemies with a built-in homing missile launcher. The pilot can manually shorten the duration of the flight at any time, which will cause the Ao Guang to land and stop firing its built-in missile launcher.

While in flight the robot hovers and can move horizontally but cannot increase or decrease altitude. It can reach a higher altitude if the ability is activated in a location higher than ground level or uses the Jump Unit Active Module.

Due to Ao Guang's severe lack of HP and long ability recharge time, all combat while the ability is inactive is highly risky as you will almost always take a large amount of damage from any weapon regardless of level. However, during its flight, it is near invincible and can spend the entire flight taking heavy fire and suffering mere thousands of damage. The combination of 80% damage resistance and the agility of a mid-air Ao Guang can minimise the damage you take from the other team.

As such, Ao Guang works best with long-exposure weapons that deal consistent DPS and have a decent amount of range. For example, the Scourge weapons or Pulsar weapons are extremely powerful coupled with the damage resistance and rockets of Ao Guang's ability. This makes Ao Guang very effective against slow, tanky robots which cannot get into cover quickly.

Note: Titan weapons have defense mitigation which can inflict full damage to the Ao Guang while it is in flight.

When its ability is not activated, Ao Guang is vulnerable. The bot's 3 medium weapons provide significant firepower, and the Ao Guang's homing missile system allows it to hit fast-moving targets. It is a medium thread in mid leagues and low threat in high leagues.

These setups are recommended for the Ao Guang:

Can fire up to 26 missiles (two at a time) in an 8 second span, with a 500-meter maximum range. Fires only while flying. Manually aiming (cross-hair on target) is required for missiles to be fired. 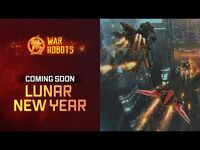 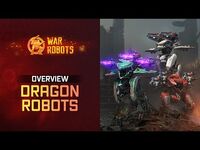